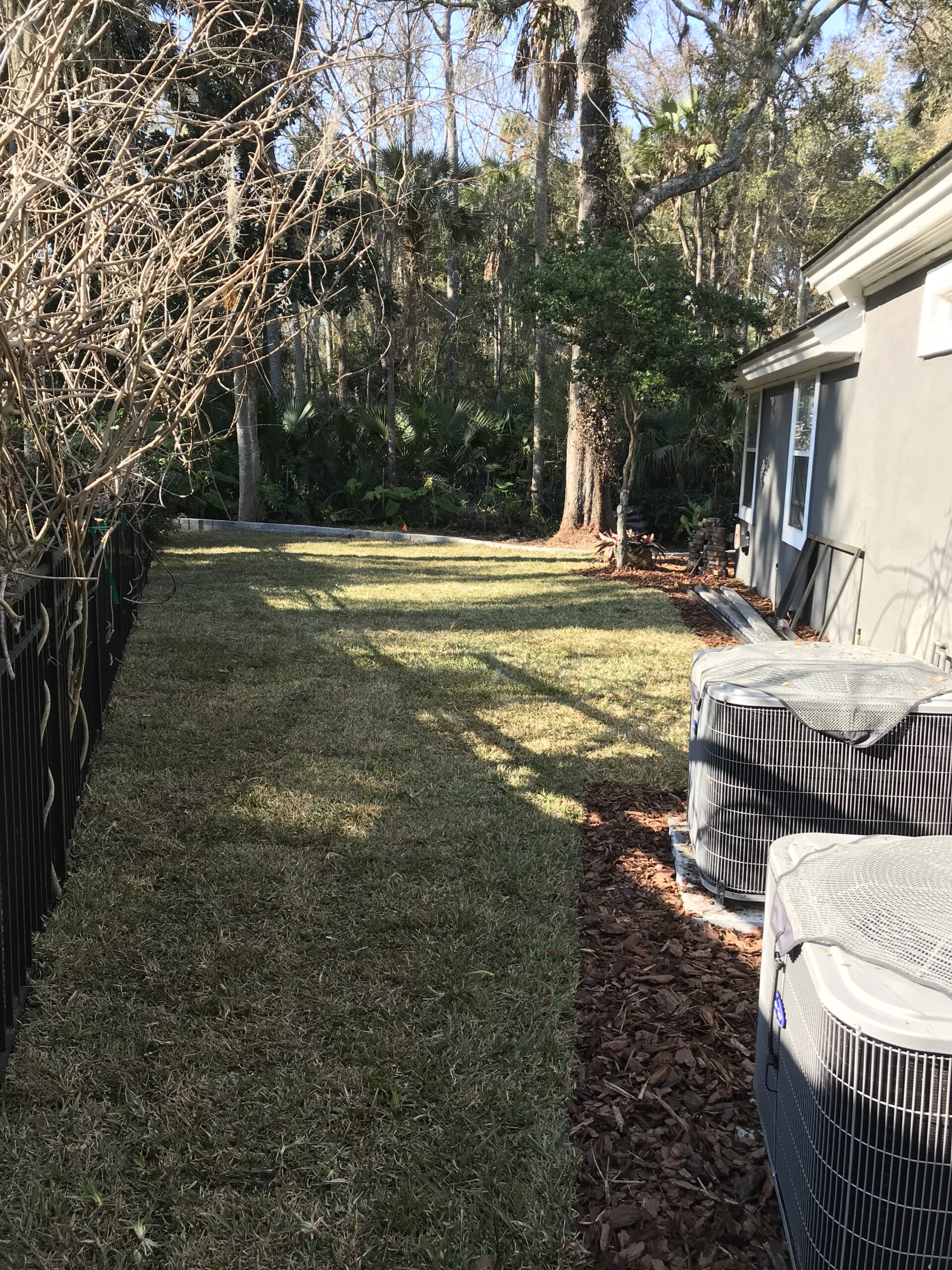 This client wanted some sod in Atlantic Beach Florida but originally hired us to install some landscaping and build a small retaining wall. We removed the remains of an old wooden deck built around the oak tree in the back yard. We also removed jasmine and other random landscape plants. The new landscape design included tropical plants with colorful foliage. We also installed a variety of perennial flowering plants and a bottle brush.

On the opposite side of the house we constructed a natural stone path walk way. We then mulched the small area between the house and the neighbors property. Along the back of the property we built a small retaining wall made of railroad ties to hold the backyard in place. As the project progressed the client decided to also sod the yard.

The sod in Atlantic Beach Florida was St Augustine grass. We installed three pallets of St Augustine grass after removing the existing weeds. The final project turned out better than the homeowner expected. They soon after placed their home on the market and received multiple higher than asking offers. Landscaping, sodding and curb appeal can make such a difference when choosing to sell your home.